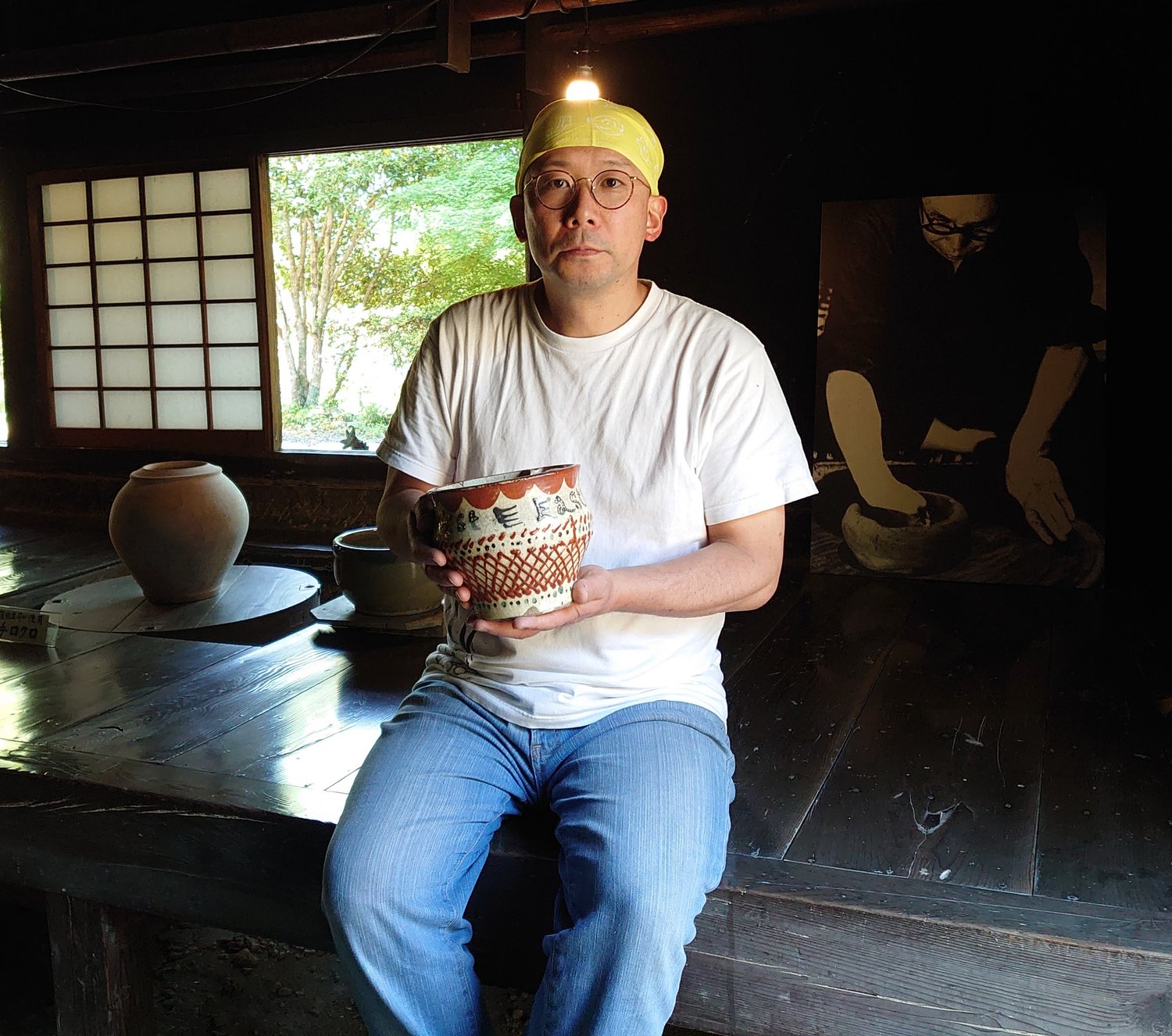 Tomoo Hamada from Mashiko, Japan, returns to the Leach Pottery for a two-week residency from 16 June 2022. Tomoo will undertake his residency in the old pottery Museum, culminating in an exhibition of his pots opening on 2 July in our Shop Gallery

Tomoo will work in the Museum from 16 June onwards where visitors will be able to see him throwing on the potter’s wheel: it is anticipated that he will focus on this work up to and including 21 June.

On 30 June Tomoo Hamada and Philip Leach, grandson of Bernard Leach, will undertake talks and demonstrations in the Museum from 11am to 1pm.

Tomoo Hamada, grandson of the Leach Pottery co-founder Shoji Hamada, undertook his first residency and exhibition at the newly opened Leach Pottery Museum and Studio in 2009, followed by a second solo exhibition in 2013. Tomoo is a ceramic artist and Director of the Shoji Hamada Mashiko Sankokan Museum, Japan.

This residency and associated events are part of the Leach Pottery’s Leach 100 celebrations, supported with funding from Arts Council England, the Garfield Weston Foundation, and Cornwall Council.