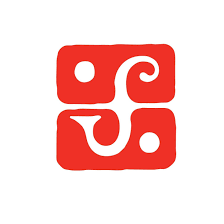 Working as a potter since 1972, John celebrates over half a century’s involvement with clay in his first solo selling exhibition at the Leach Pottery.

The wood-fired salt-glazed pots comprise a wide array of wheel-thrown vessels, alongside tableware and slab pots. There are bowls, storage jars, teapots, jugs, yunomi, guinomi, bottles and flower vases – amongst other forms. In essence, pots to enjoy your food with and bring beauty to your home.

Each surface is unique: salt glaze is appealing and challenging to control, ranging from silky matts to ‘orange peel’, to surfaces with a liquid quality. The colours can be earthy, muted, and cobalt-blue surfaces with cool greys and blues to hotter ultramarines.

John’s formative experience as a potter was gained in the early 1970s as part of the kiln firing crew at Michael Cardew’s Wenford Bridge Pottery – a time that still informs his practice today. Cardew trained at the Leach Pottery in the early 1920s, then pursued an approach more rooted in English slipware: similarly, John produced earthenware pots for much of his career before switching to salt-fired stoneware when he began working on his own in 2013.

Largely self-taught, John began potting in Fowey alongside Judith Martelli, followed by a stint in North Wales with wood-fired stoneware before settling in Lostwithiel making domestic earthenware with Martelli.

John’s pots are to be enjoyed, they embody the qualities and beauty of the traditional country pottery that John so admires, ultimately bringing the warmth and intimacy of hand-made pots into our lives.