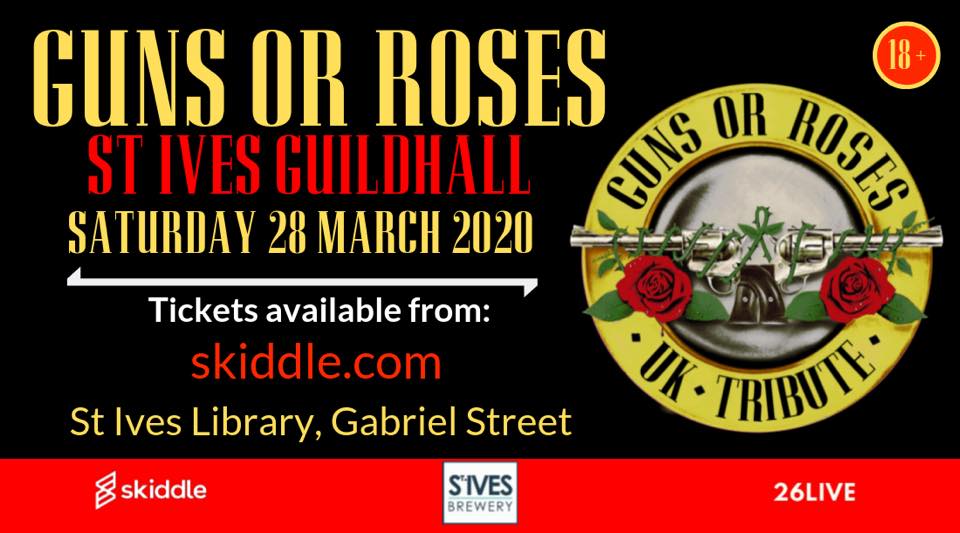 The incredible Guns or Roses head to St Ives on Saturday 28 March for a huge night of live music.

Now together for more than a decade, the band have performed at some of the UK’s most iconic venues and festivals – including two appearances at Isle of Wight Fest in 2016 & 2017 – picking up an enormous army of fans along the way.

Firmly established as the UK’s best Guns ‘n’ Roses tribute, the band’s performance at the Guildhall will be their first ever St Ives show, and they’re all set to deliver an onslaught of GNR classics at the town’s biggest venue.