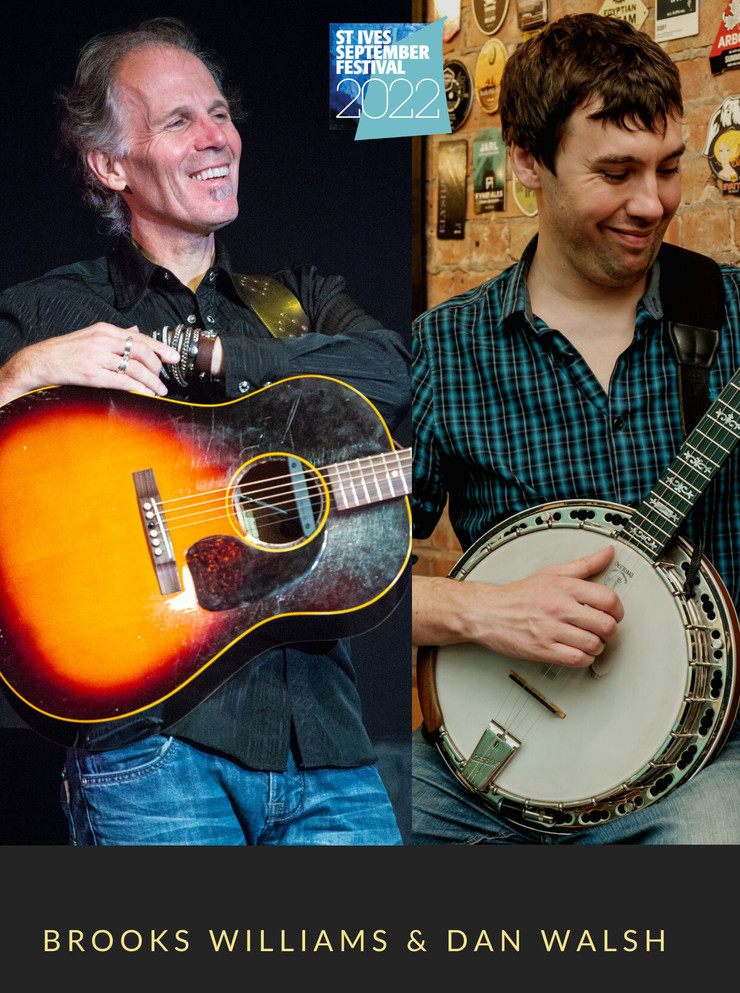 Admired by both listeners and fellow musicians alike, Brooks Williams and Dan Walsh combine talents for an extraordinary collaboration of British and Americana roots music on guitar and banjo.

Each is a leading light on their respective instruments and they both bring buckets of charisma and talent to the stage. Add to that poignant songs and lively humour and the result is a truly remarkable duet. They will simply knock your socks off!

In 2020, they released a video of the Jimmie Davis and Eva Sargent classic, Columbus Stockade Blues. The response was instant and positive. With “You should do more of this”, the predominant reaction. And so they have.

With a few gigs under their belt, including Whitstable Sessions in Kent, Maverick Festival in Suffolk, and AVH Concerts in Derbyshire, Williams and Walsh have officially combined forces. Their repertoire includes their own songs and tunes, as well as classics from The Blind Boys Of Alabama, Norman Blake, Bessie Smith and Nanci Griffith.